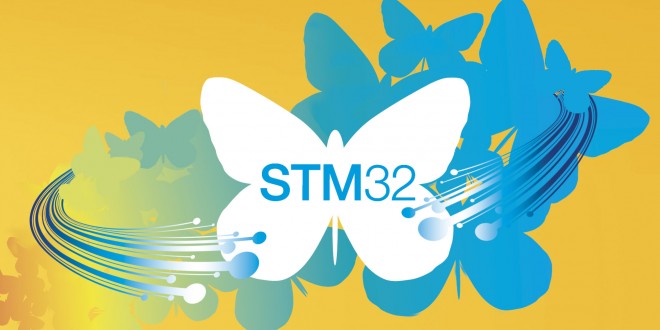 Thanks to the feedbacks I have received, I reached to the conclusion that it's really hard to cover a topic like this one in the room of a blog post. So, I started writing a book about the STM32 platform. In the free book sample you can find the whole complete procedure better explained. You can download it from here.

If you landed to this page, you probably already know that I've covered this topic in the past. I showed in a series made of three posts how to successfully setup a complete Eclipse/GCC ARM tool-chain to develop applications for the STM32Nucleo-F4 developing board. Since then, many people have reported me positive feedback on that tutorial. But, some of them had serious troubles in getting those instructions working for other STM32 families (F0, F1 and so on). This was mainly caused by the GNU ARM Eclipse plug-in, or rather by the included templates in the plug-in.  When a new project is created using the plug-in wizard, a template is used depending on processor family. Unfortunately, the plug-in author has updated just the template for STM32-F4 family to the more recently STM32Cube-F4 HAL framework from ST (which still supports only commercial IDE.....), leaving the other templates still based on the old Standard Peripheral Library, which is no longer supported by ST and STM32CubeMX tool used in my tutorial. This causes my instructions to be wrong for processor families different from STM32-F4.

In this post I'll show you how to setup from scratch an Eclipse project to develop applications for STM32 platform using the latest version of STM32Cube-Fx framework (the latest version available at time of writing is 1.6 for F4). Unfortunately, at the moment I can test these instructions only on a STM32-F4 processor, but I'm going to buy other Nucleo boards to do tests. In this article I won't explain again all the steps required to install Eclipse and GCC on your computer. If you still haven't installed the base tool-chain, you can start reading from this post and stop to the paragraph named "Create a test project". When ready, you can come back here again and continue the reading.

Before starting create our new test project, I would like to say something about why using Eclipse/GCC as tool-chain to develop STM32 firmware. Because this is a really common question from newbies.

Why choose Eclipse/GCC as tool-chain for STM32

This is a really common question: which tool-chain is the best one to develop apps for STM32? The question is unfortunately not simple to answer. Probably the best answer is that it depends on the application. First of all, the audience should be divided between professionals and hobbyists. Company ofter prefers to use commercial IDEs with annual fees that allow to receive technical support. You have to figure out that in business time means money and, sometimes, commercial IDE can reduce the learning curve (especially if we consider that ST gives explicit support to these environments). However, I think that even companies (especially if they are small organizations) can take great advantages in using an open source tool-chain.

According to me, these are the most important advantages in using a Eclipse/GCC tool-chain for embedded development with STM32 MCU:

Summary of the whole process

Before I start describing in depth the procedure to generate a fully working firmware for our board, I will summarize the steps.

As we'll see, the whole process consists in some drag-and-drop of files from the STM32Cube package to the Eclipse project. Nothing more than this.

In this tutorial I'll assume you have:

The fist step is creating a skeleton project where we'll put HAL library from ST. So, start Eclipse and go to File->New->C Project and select "Hello World ARM Cortex-M C/C++ project. You can choose the project name you want (I chose “test1“). Click on “Next“. In the next step leave all parameters unchanged except for the last one: Vendor CMSIS name. Change it from DEVICE to stm32f4xx if you have a STM32F4 based board, or stm32f1xx for F1 boards, and so on. Click on “Next“. You can leave the default parameters in the next steps. The final step is about the GCC tool-chain. You can use these values:

Now, if this is the first time you get in touch with the Eclipse IDE, you could be a little bit mazed by its interface. Eclipse is a multi-window IDE, and windows can be organized in several groups named perspective, as they are called in the Eclipse gibberish. It’s out from the goals of this article to explain how Eclipse works. I suggest you to play with the buttons marked in red in the following image. After some clicks, you should obtain an interface close to the one in the following image. Ok. Now the hard part starts. The project generated by GNU ARM Plug-in for Eclipse is a skeleton containing Cortex Microcontroller Software Interface Standard (CMSIS) by ARM. CMSIS is a vendor-independent hardware abstraction layer for the Cortex-M processor series. It enables consistent and simple software interfaces to the processor for interface peripherals, real-time operating systems, and middleware. It's intended to simplify software re-use and reducing the learning. However, the CMSIS package is not sufficient to start programming with a STM32 chip. It's also required a vendor specific Hardware Abstraction Layer (HAL). This is what ST provides with its STM32Cube framework.

The above diagram try to explain better all the components involved in the final firmware generation. CMSIS is the universal set of features developed by ARM, and it's common to all Cortex-M vendors  (ST, ATMEL, etc). ST HAL is the hardware abstraction layer developed by ST for its specific devices, and it's related to the STM32 family (F0, F1, etc). The Device HAL is a sort of "connector" that allows the two subsystem to talk each other. It's a really simplified view, but this is sufficient to start programming with this architecture.

Let's have a look to the generated project. Let's now have a look to cortexm subfolder. The files I've highlighted in blue in the above picture are generated automatically by the GNU ARM Eclipse plug-in. They are what it's called the Device HAL part in the previous diagram. These files are substantially empty, and should be replaced by custom code, both specific for the single vendor (ST in our case), both specific for the given MCU (STM32F401RE if you have a Nucleo like the mine). We are going to delete them.

So the first step is downloading the latest version of STM32Cube-F4 (or the one corresponding to your MCU) from ST web site, unpack it and place it inside the folder C:\STM32Toolchain.  Once extracted, rename the folder from STM32Cube_FW_F4_V1.6.0 to STM32Cube_FW_F4.

Ok. The framework is essentially configured. We now need a sample project that shows us that all works well. We'll take the blinking LED example from ST.

We are almost at the end of the whole procedure. We only need to setup a couple of things. First, we have to declare which MCU we are using defining a global macro inside the project configuration. For Nucleo-F401RE the macro is STM32F401xE. Go inside the project properties (on the main Eclipse menu go to Project->Properties), then C/C++ Build->Settings. Click on Tool Settings and go in Cross ARM C Compiler->Preprocessor. Click on the Add icon ( Second, we need to configure how the application is mapped in the MCU memory. This work is accomplished by the link-editor (ld), which uses the three .ld files inside the /ldscripts Eclipse folder. The file we are interested in is mem.ld, and we need to change the FLASH origin address from 0x00000000 to 0x08000000, as shown below:

Where does this number come from? It's not a magic number. It's simply the address where the internal MCU flash is mapped in all STM32 microcontrollers, as you can see in the picture below extracted from the MCU datasheet. Finished. Now you can compile the project going to Project->Build All.

If you are completely new to the Eclipse/GCC development process for STM32, you need to go back to this post and continue the reading from "Let’s compile the test project" paragraph. You need to SKIP reading from "Adapt the test code to the Nucleo board" paragraph, since the code we've used here is already designed for our Nucleo. Once finished, you can start reading part 2 and 3 of that series completely.

Moreover, I've developed a python script that is able to automize the most of the work described in this post. Take a look to this other blog post.

I'm aware of the fact that the whole procedure is not straightforward, but I can guarantee you that it becomes clear after the first time. I did all the best to describe the whole process in a clean and simple way, but comments and suggests are welcome.

Now you can start programming your Nucleo and diving into the STM32Cube framework. Enjoy your Nucleo! 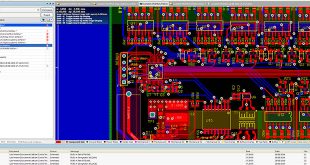