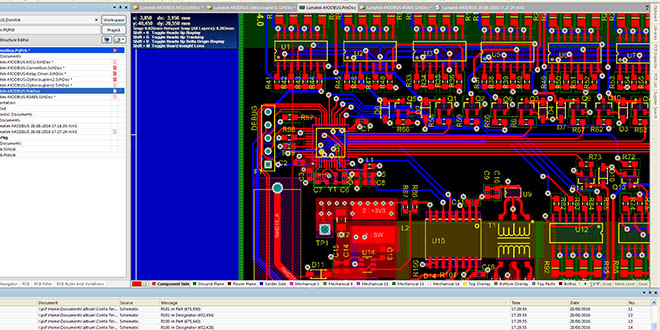 How to protect external door phone from ants and other phatogens

It's really common that at the end of the board layout we have that all component designators are randomly scattered over the board. R1 is somewhere, R2 is hidden in another place, and so on. This happens because often the development of schematics isn't  linear, especially if we are designing some sub-modules before others or if we are reusing some schematics sheets from other and well-tested designs. This is not a critical aspect if the board will be assembled using a pick-and-place (modern pick-and-places are able to process pick-and-place files that contain the exact coordinates of a given component on a board) or if it contains few tens of components. But if you are going to assemble a prototype manually (I'm used to assemble manually even boards with 3-400 components, believe it or not), then having all component designators scattered on the board is a hell. You can spend even minutes looking for the right place of a given component, and often you need to rotate too many times the board, running the risk to throw away already placed components.

Good CADs for PCB design allow to re-annotate designators at PCB-level. Usually, they allow you to select a re-annotate strategy (Altium Designer offers 5 strategies, and the most useful one is the second - By Ascending X and Then Descending Y - if you are used to assemble your boards manually), which numbers the component designators according their physical position. Once designators are renumbered, you need to transfer the new numbering to schematics: this procedure is called back annotation.

In Altium this procedure should be easy, at least on paper. Instead, every time I perform a re-annotation in the PCB editor I always forgot at least a critical step, causing that schematics and PCB layout go out-of-sync (that is a given component in schematics doesn't correspond to the same physical component on the PCB). So, I've decided to explain the right way to re-annotate designators in the PCB editor in Altium.

Before I show the exact procedure, it's important to underline that in Altium the designator of a component doesn't uniquely identify it. It's just the reference of a component in the design, which will have a label on the final PCB, but from the Altium's point of view it's just an annotation. The next figure shows the Unique ID of a part in the schematics editor, while the following one shows in the PCB editor.

This means that, in case your design goes out-of-sync, you can still recover the right annotation, unless you mess with Unique IDs of components. However, if you follow to the letter the next procedure, you should correctly perform a back annotation without encountering any issue.

First of all, I strongly suggest to make a copy of the whole project before you start the procedure. If something goes wrong you can easily restore the project without the risk of messing up with your design (you can read on the web of people that had to perform the board layout again after a wrong board re-annotation in PCB editor). Next, this is the right recipe to follow:

Finished. If you have followed the above procedure I'm certainly sure that now you have re-annotated your design correctly, according the physical placement of parts on the final PCB.

Previous How to restore ST-LINK interface after a bad update (2.26.15 firmware) 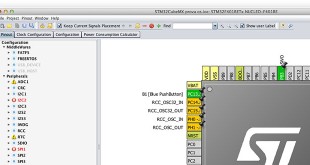 Being a STM32 programmer on Mac OSX, I was frustrated every time I had to …